Your City Your Control

The Detroit city government is a service institution that recognizes its subordination to The People of Detroit. (City Charter)

Note: This is not the website of unlawful considered current government (May 1, 2021) with M. Duggan as mayor but is the legitimate representation of the will of The People with your consent. 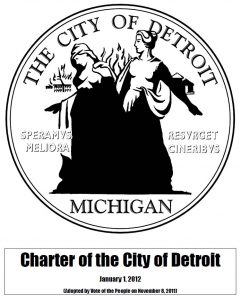 1. Detroit City government is a service institution that recognizes its subordination to the people of Detroit.

Definition of subordination: in obedience to, under the orders of

Translation of: "Detroit City government is a service institution that recognizes its subordination to the people of Detroit." = The government must obey the people or follow their orders when they collectively give them.

You are now asked to envision a Detroit in which there is no poverty and every adult has a credit of $100,000 in their city treasury account. Envision a Detroit where the hundreds of thousands of empty properties and spaces are given away free to those who need housing. Imagine a Detroit whereas your electricity and water is not shut off but allocated to you for free. Place in your mind the idea of the marketplace being owned by the community so that you don't "spend" money but instead rotate it back into your own pockets. This is the new dispensation if YOU consent to it. This is the REPUBLIC OF DETROIT.

A popular saying in the law profession is: "you don't have rights unless you assert them". We have a right to free speech so we speak freely in various ways such as in the streets while protesting or voicing our opinions on social media. Nobody asks the government for such permission because the right is already spelled out in law. It is the same with all rights such as housing. The people can collectively exercise direct democracy alleviate the homeless situation by assuming political control over the empty properties and granting them to those in need. Most people do not know that they have this right so they will remain homeless among hundreds of thousands of empty properties. The number one right is called the Right of Self-Determination. 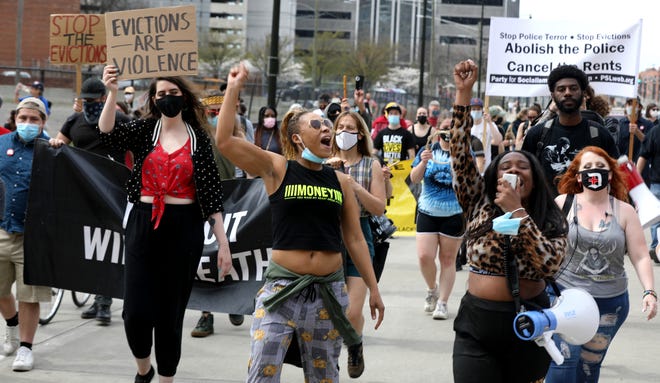 Protest is: a statement or action expressing disapproval of or objection to something. When citizens disapprove of continued government wrongdoing they have a right to immediately alter or abolish the government and institute something that will make them feel happy and safe. The Michigan constitution reads: "All political power is inherent in the people". Before recent amendment that was qualified with: "2. Government is instituted for the protection, security, and benefit of the people; and they have the right at all times to alter or reform the same, and to abolish one form of government and establish another, whenever the public good requires it". 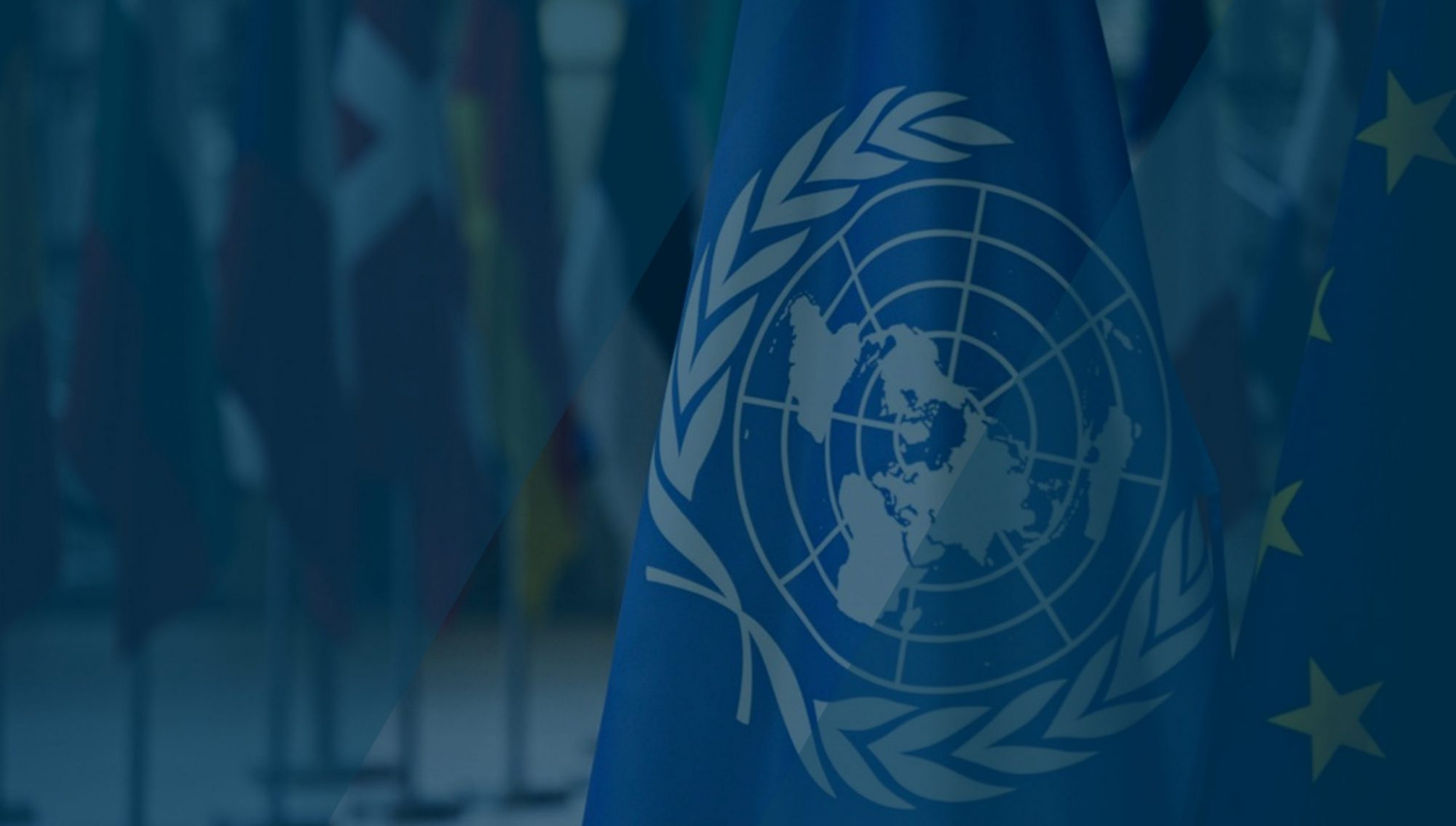 Know The Most Important Right

In 1992 the International Covenant on Civil and Political Rights became the top law of the United States because of its ratification by the US government. The number one thing this covenant does is to legally protect the Right of Self-Determination.

The Right of Self-Determination means that, because Black people were enslaved and never given the option of returning back under our own governance, we can at any time collectively choose to take independent political control over our communities. That is the purpose of the consent form on this page and the voting rallies that Human Rights Policy Officers host.

Human Rights Policy Officers are on a mission to stop human rights abuses in Detroit and help the people to live their "best life". This is happening by helping the people to assert the number one human right of SELF-DETERMINATION which is the right of descendants of slaves (Black people) to take independent political control over where we live. That includes control over all assets such as the hundreds of thousands of empty properties that sit idle in Detroit while the majority of the population is functionally homeless. We also can leverage city assets to give ourselves reparations, disband the police, and free those who have been wrongfully and excessively convicted. 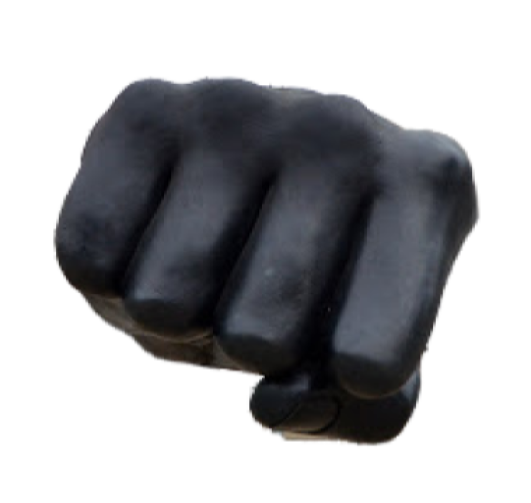 Simple policy alterations will put residents in a state of self-sufficient prosperity. 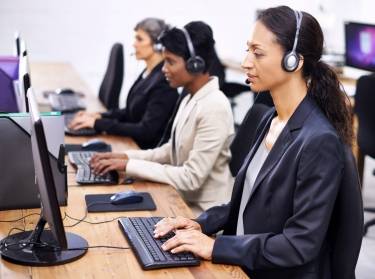 We are organizing and campaigning around the clock to bring about this new dispensation for Detroit beginning on July 4, 2021. We welcome and encourage your participation. Please call as Human Rights Policy Officers are on standby 24/7 to address your concerns.

Your Consent Does It!

In the words of President Woodrow Wilson when advocating the right of self-determination:  "people may now be dominated and governed only by their own consent"  (February 11, 1918).

Sovereignty of The People

All political power is inherent in The People. That is why candidates plead with the people to be put in office as a public "servant".

When enough of a people know their rights and assert them then it is easy to take themselves out of inhumane socio-economic conditions.

The Whitewashing of Detroit is Over! 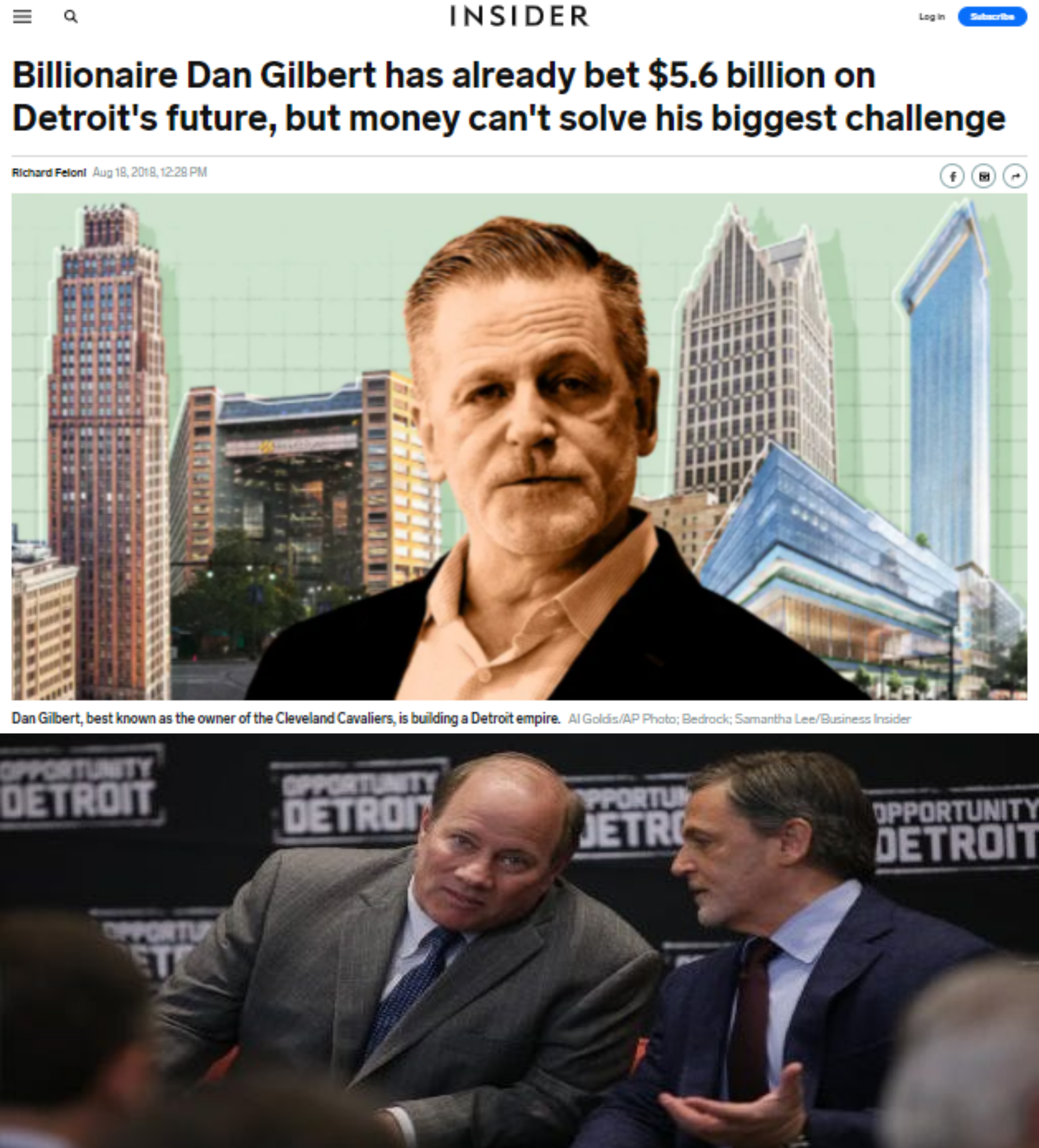 Only united political action to restructure the entire corrupt system will stop the gentrification and perpetual poverty. Protesting and petitioning has not and will not solve the problem. The most important right of self-determination must be asserted.

Free Housing Department
Since decent housing is a human right and city-owned properties really belong to the collective residents, we are providing free housing to everyone. Please click the icon to find out more and apply for your free home.
Reparations/Treasury Department
As part of the new economic dispensation, this department will manage resources and allocate monetary reparations.
Food Security Department
This department was established to create and maintain food stability in Detroit. All of the basic food necessities will be grown and processed locally. Modern alternative agricultural technologies make it possible to produce enough food for the city utilizing minimum space.
Justice Department
Pardoning all nonviolent poverty-related crimes is the first order of business for the Justice Department. Community Peace Officers will replace the police department.
Health Department
The Health Department's approach to health is a revival of ancient focus. The focus will first be on educating the public on healthy eating which stops the cause of over 90% of current deaths. The Health Department is now tackling the COVID-19 situation with free alternative treatment.

Do you consent to a life of prosperity in Detroit?

It is espoused in law that Afrodescendants (African-Americans, Blacks), like all peoples, have the Right of Self-Determination. This means that wherever Afrodescendants live they can collectively make a decision to take independent political control over that area and institute new policies. Organized collective consent to assert the right of self-determination leaves officials with no authority to execute harmful policies. Please register below if you do not consent to gentrification, systemic poverty, illegal evictions, and injustice yet consent to free housing, reparations and pardoning of petty crimes related to poverty.
As an Afrodescendant or indigenous person, I choose to assert my right of self-determination and consent to the temporary (until official elections) authority of The People (trust organization) and its departments such as the Detroit Free Housing Authority and the reparations program to allocate benefits to Detroit residents.

Join the video conference every Wednesday. 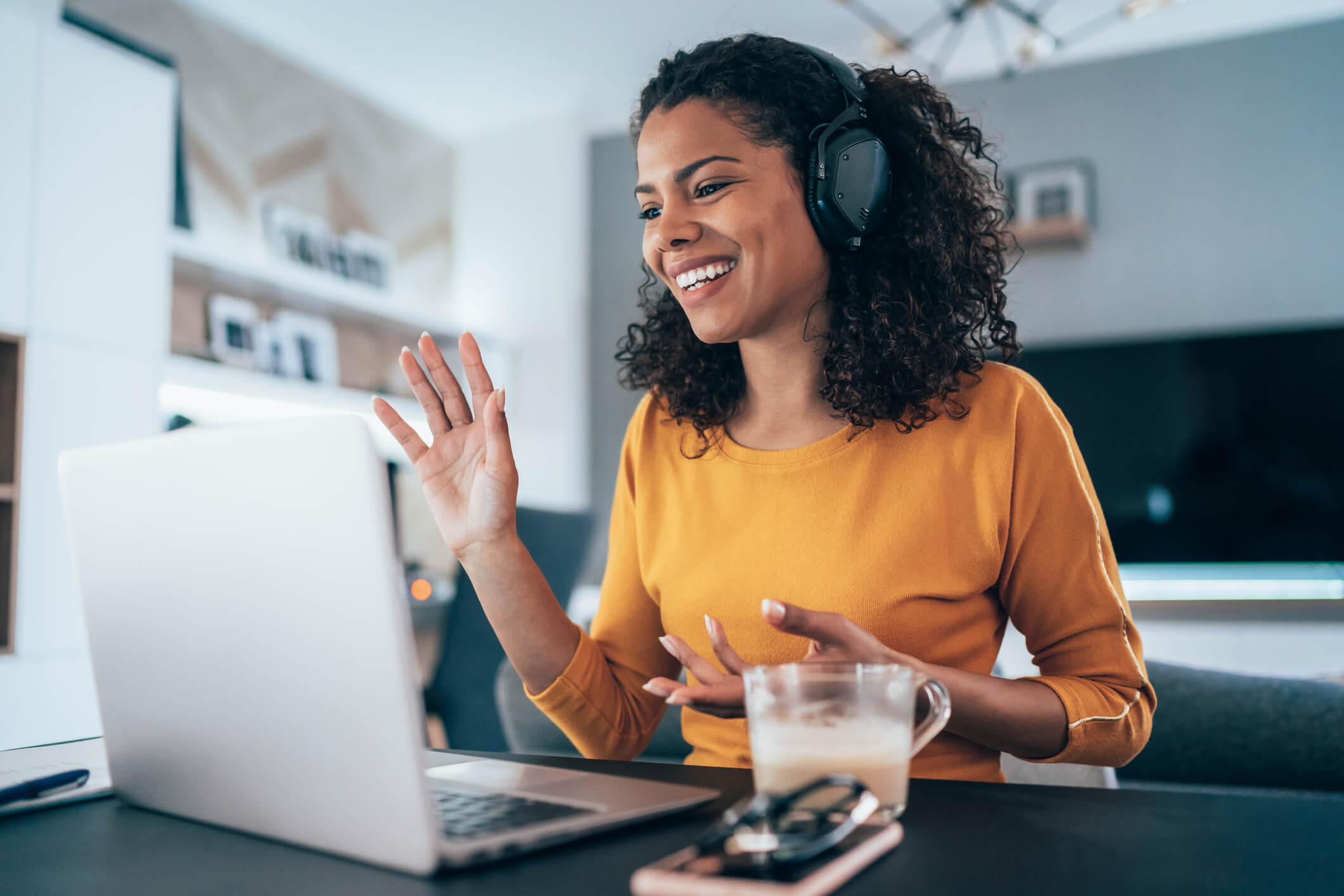 Please join the video conference to find out about your new administration, its policies, and what is currently underway. Click this link to attend on Wednesdays at 8pm EST:  https://justiceconference.live/Detroit (you do not need an app, just click "Launch in web")

"Today we the people, in particular us who may be considered Afrodescendant and indigenous, stand here to assert our human right of self-determination. Asserting such right is the only guaranteed way to end our social-economic humanitarian crisis because now we control the political decisions that can immediately change our condition for the better. We determine that the many empty properties in this city will be utilized to provide free housing ownership for all, we determine that city assets shall be leveraged to give ourselves reparations, we determine a new dispensation in which the wrongs of the past are corrected with new policies. We withdraw our consent to this system that has reduced us to mere colonized people who others feed off of. We declare our independence on the day that the founding fathers also decided that it was the only way to solve the unjust treatment that was upon their people. Like them we move away from the empty rhetoric and actions that net no results.

Because of the human rights abuse seemingly inherent in this system under its authorities, which has us in a crisis, we intervene on our own behalf and change this situation now with our own hands. Current political leadership of this city does not represent the will of the people but instead seeks to suppress our will as they did when thousands began to gather here 3 years ago (July 4, 2018) to express our political will. They knew that we were using the power of assembly not to ask of them but to crush their selfish interest by giving authority and prosperity directly to the people. Their unlawful acts of suppression, now justify immediate dismissal and immediate direct action by the people of Detroit assisted by Human rights policy officers.

We have established a temporary council to implement new policies such as allocating properties to the people of the city. The current officials, representing our old condition, are dismissed as we step into a new condition. Change is now as self-determination begins at this moment." 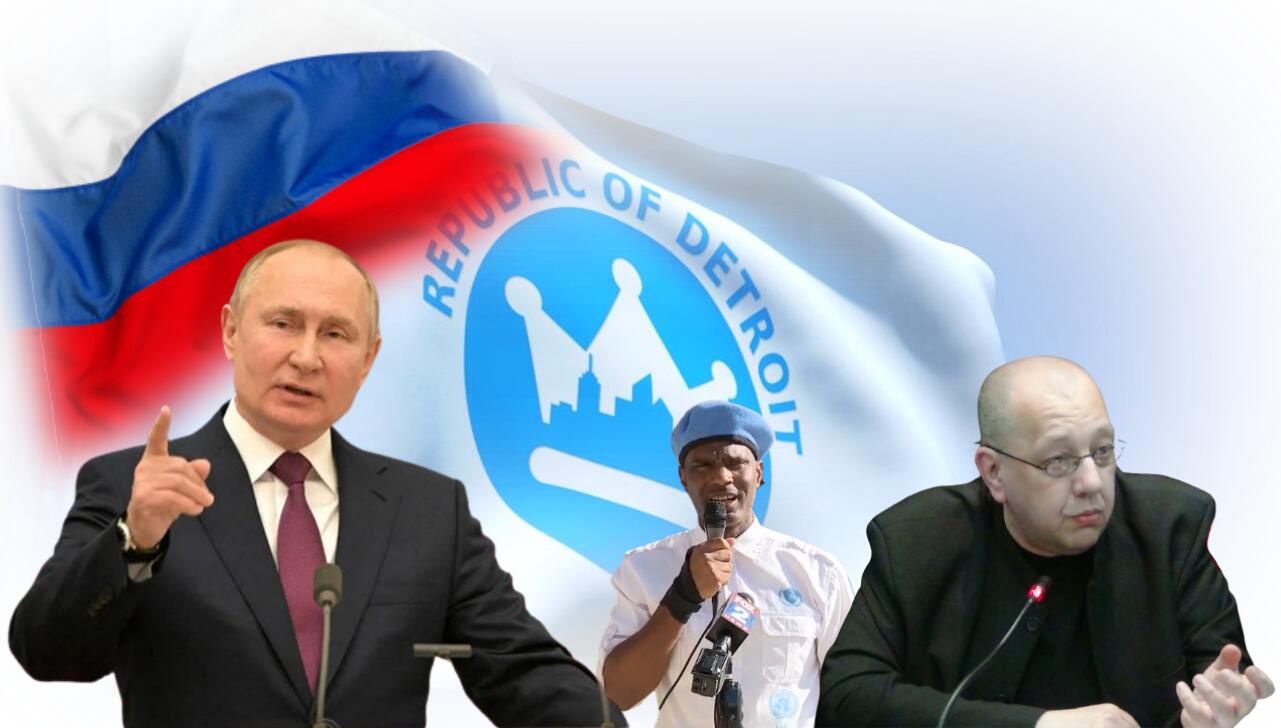 Russia - Eurasian Observatory for Democracy and Elections (EODE) Releases Statement in Support of Afrodescendant Self-Determination and the Republic of Detroit
"EODE-Russia supports the self-determination of Afro-descendants in the United States and in particular the self-determination of the self-declared Republic of Detroit in the USA.
THE REPUBLIC OF DETROIT IS A BLACK CRIMEA IN THE HEART OF THE UNITED STATES
As in 2014 the people of Crimea separated from the Ukrainian imperialist state linked to NATO and the United States, the Afro-descendants want to separate from American imperialism. Descendants of slaves, they do not support the American state which is the heir to slavery.
We give our full support to the relaunch of Detroit's self-determination operations and we will help it in any way possible.
The Cause of the Peoples has no color or border!"
http://www.eode.org/eode-rossiya-communique-de-presse-2020-09-01-eode-rossiya-soutient-lautodetermination-de-la-republique-de-detroit-aux-etats-unis/